Parkway Bakery and Tavern first opened for business in 1911, and it has been a New Orleans icon ever since. Charles Goering, Sr., a German baker, built Parkway on the corner of Hagan and Toulouse in Mid-City New Orleans and ran it until 1922, when Henry Timothy, Sr. purchased it with the intent of continuing to run it as a neighborhood bakeshop.

Back in those days, every neighborhood in NOLA had a bakery on the corner. Over the next seven years, Timothy, Sr. established Parkway’s reputation for delicious and fresh bread, donuts, and his famous Seven Sisters sweet rolls. But this was just the beginning of Parkway’s innovative and historic legacy. 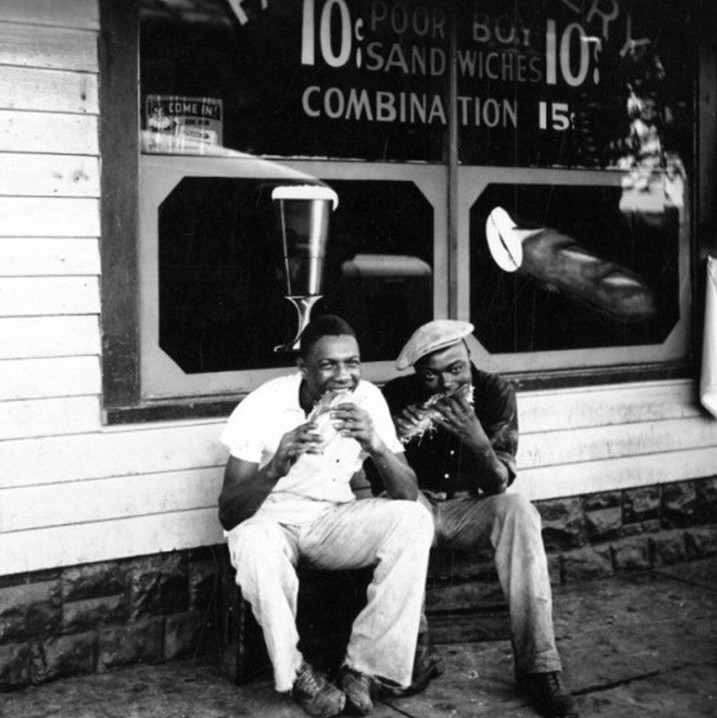 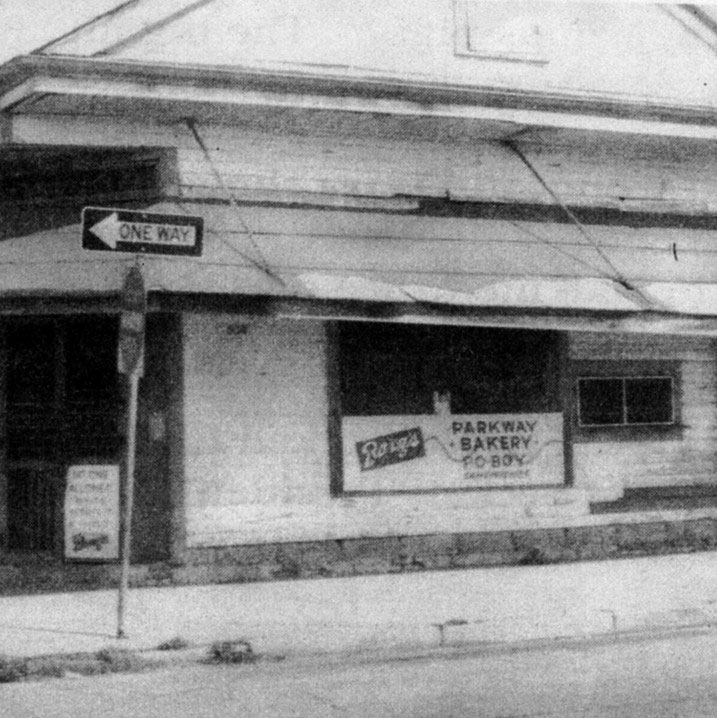 In 1929, the poor boy was created by Bennie and Clovis Martin (read the full history of the poor boy), two brothers who owned Martin Bros restaurant and were former streetcar operators. The Martin brothers came up with the simple but hearty sandwich when the Amalgamated Association of Electric Street Railway Employees, Division 194, went on strike, sending 1,800 unionized streetcar drivers and motormen off the job and onto the picket line.

The Martin brothers gave away sandwiches to the strikers and the story goes that when a striking union member walked into their restaurant, Benny would call to Clovis, "Here comes another poor boy!"

In solidarity, Timothy, Sr. added the "Poor Boy" shop to Parkway that year and fed union members and conductors French fry poor boys for free. Meanwhile, Parkway was also selling the recently invented "Poor Boy" sandwich to the workers at the American Can Company. They operated twenty-four hours a day, with the addition of the poor boy, so did Parkway.

In the 1960s, Timothy, Sr.’s two sons, Henry Jr. and Jake, took over the bakery. They ran it just as their father did. At the time, Parkway Bakery made and sold bread for most of the restaurants in the Mid-City area. Tommy Mandina used to come over on a bicycle to pick up bread for Mandina’s restaurant.

In 1978, Parkway closed briefly when a flood destroyed their giant brick ovens that dated back to Goering’s original bakery. This was the year that Parkway stopped functioning as a bakery and started buying all their bread from Leidenheimer Baking Company to make and sell their delicious poor boys.

The Timothy family made the legend of Parkway Bakery. Henry Jr. and Jake weren’t of the kind to fix or paint things, or do routine maintenance, which meant Parkway was a shabby building that still drew customers from all over Mid-City and beyond. Henry Jr. and Jake liked to go to the racetrack, and perhaps their losings there contributed to their legendary reputation as gruff, no-nonsense proprietors.

Generations of locals in NOLA can recall timidly approaching the lunch counter to place their order, risking the wrath of the Timothy Brothers just to get their favorite poor boy. It was their way or the highway – and you better know what you want, too. If there was a line and you didn’t know what you want, they’d skip over you: "Next! Come back when you’re ready to order, son."

In 1988, Parkway faced more hardship when the American Can Company closed, taking much of Parkway’s business with it. The brothers reduced their hours but kept serving poor boys, which by that time had become more than just a sandwich – they were a way of life. But Parkway was losing money and in 1993 the Timothy Brothers closed the beloved shop’s doors. Unbeknownst to them, Parkway’s next exciting chapter was soon to begin.

In the 1990s, Jay Nix moved to Hagan Avenue. He found that when he tried to explain where he lived, no one in New Orleans recognized the address unless he mentioned Parkway, to which people would reply "Bakery. We know where you are now." After Parkway closed in 1993 and The Timothy Brothers put it up for sale, Nix became concerned about the future of the building. He didn’t want it to end up becoming an all-night liquor store, so as Jay puts it, "basically I bought Parkway to save my house." So in 1995, for the price of $45,000, Nix bought Parkway – a piece of New Orleans history residing in a ramshackle, health code violating structure. 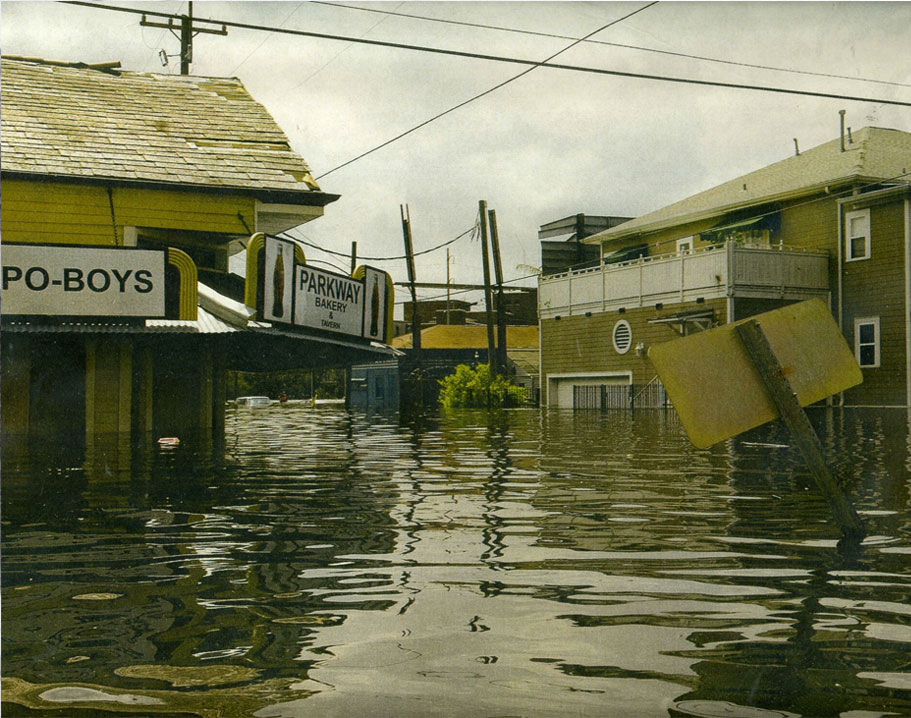 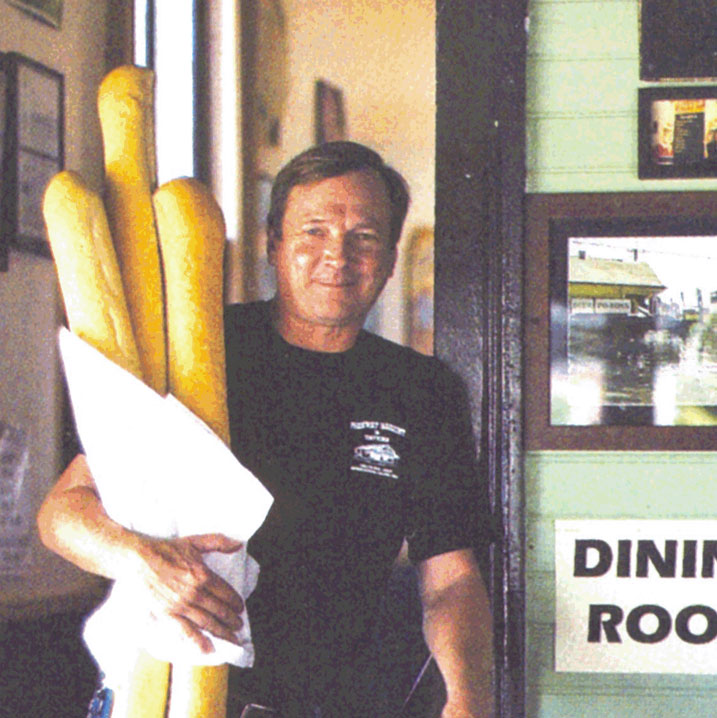 Ten years went by, and during that time Nix heard many stories from former Parkway customers who told him "you’re nuts if you don’t reopen it." Despite not having any prior experience in restaurants, Jay and his family took the plunge and sold their home to be able to afford to restore Parkway to its former glory, reopening it in 2005.

With twelve sandwich options on the menu, Jay recalls asking the first customer "what kind of sandwich do you want?" and him saying "Roast beef, stupid. What do you think?" Rather than using the old Parkway Roast Beef recipe, Nix chose to use his family recipe – and it worked. It was the quality of the Roast Beef above all other poor boys that assured former Parkway customers that this new owner could deliver the flavor they had come to expect.

As Jay puts it, "when we opened, all the old-timers came back. Normally when there’s a new place, the young kids get it, and then the old-timers maybe will try it, but it went just the opposite. The old-timers all came. It was all grey hairs and older people, and then young people were saying, ‘How did they get here before us, and how did we miss out on it?’ Now it’s absolutely every person God created who comes through here every day."

Parkway had not faded in the hearts of its devotees, and with the renovations in place, Jay was poised to reintroduce Parkway poor boys to a new generation of fans. In a town where people’s favorite “po’boy” joints are within walking distance of their homes, Parkway became known as a destination – an experience. You get the delicious poor boys, and you get the memories: excellent food and drinks and a friendly, vibrant atmosphere with superb customer service (the Parkway of today decided to avoid The Timothy Brothers’ service style).

The contemporary Parkway under Jay’s ownership was soon lauded for its cleanliness and consistently high quality. Still, a family business at its core, Jay’s nephew Justin Kennedy worked at Parkway part-time while attending UNO, learning the family business. The new Parkway flourished.

But like their predecessors, Jay and his family also faced challenging times. In 2005, Katrina hit New Orleans and Parkway had no choice but to temporarily closed its doors. Justin left school and devoted himself to helping Jay make repairs to the demolished building. Within two months, Parkway reopened its doors, serving only Zapp’s potato chips and roast beef poor boys to over 5,000 celebratory people in just one day.

Nix’s nephew Justin Kennedy quickly rose in the ranks to become General Manager and Head Chef, advancing the time-honored poor boy tradition by inventing new classics while delivering old favorites – the roast beef, shrimp, and hot sausage poor boys. Kennedy makes sure that everything is made from scratch and always fresh. You’ll never taste pre-made roast beef at Parkway, which means over 1,000 pounds of beef is slow-cooked in Parkway’s kitchen per week, along with over fifty gallons of gravy. 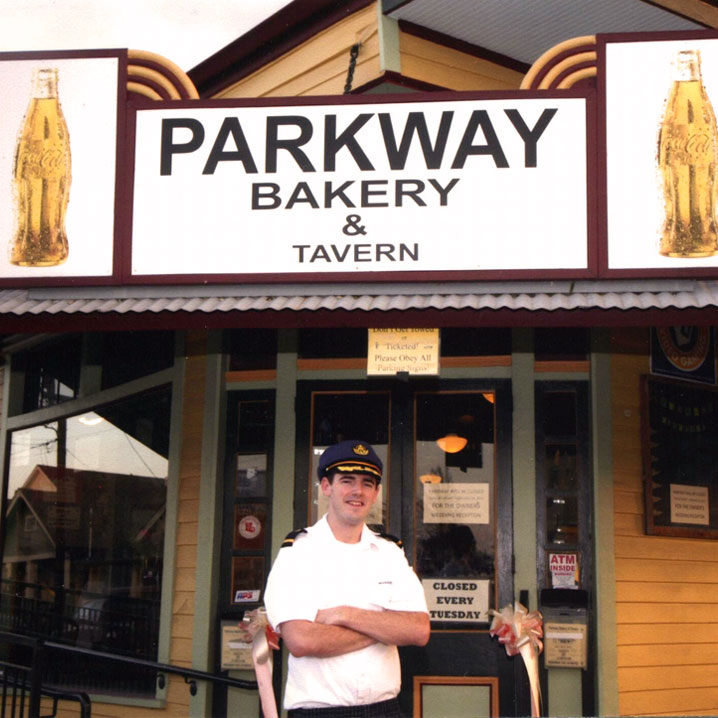 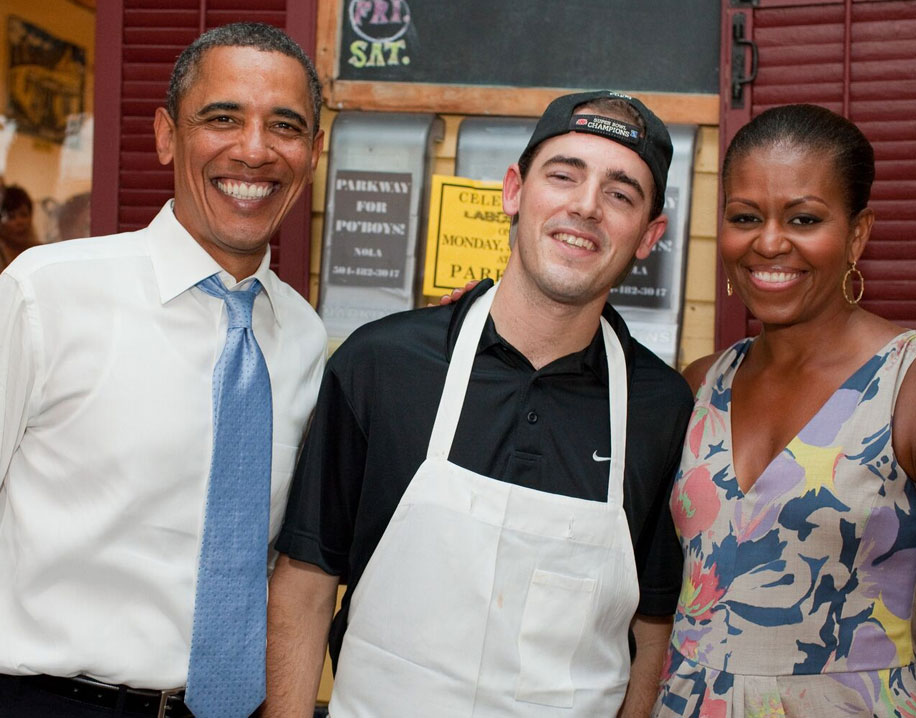 Together, Jay and Justin came up with a new slogan for the business: "Parkway for poor boys." If you want a poor boy, you go to Parkway. They also changed all the branding on the building to poor boys as an homage to the 1929 strikers, because the sandwich was born of hard times Jay and Justin wanted to honor that.

Parkway now serves on average 1,000 people per day. Some are locals and their families, and others are travelers from all parts of the world. Jay, Justin, and other Parkway team members have been featured on television and in various media projects that have told the story of Parkway one way or the other.

But at the heart of Parkway’s story is our customers’ lives – generations of stories that add to the rich tapestry of New Orleans’ history, all filtered through the memories they’ve shared inside Parkway Bakery and Tavern. Half the memorabilia on the walls was donated by customers, and people happily share their photos online from their experience at Parkway. 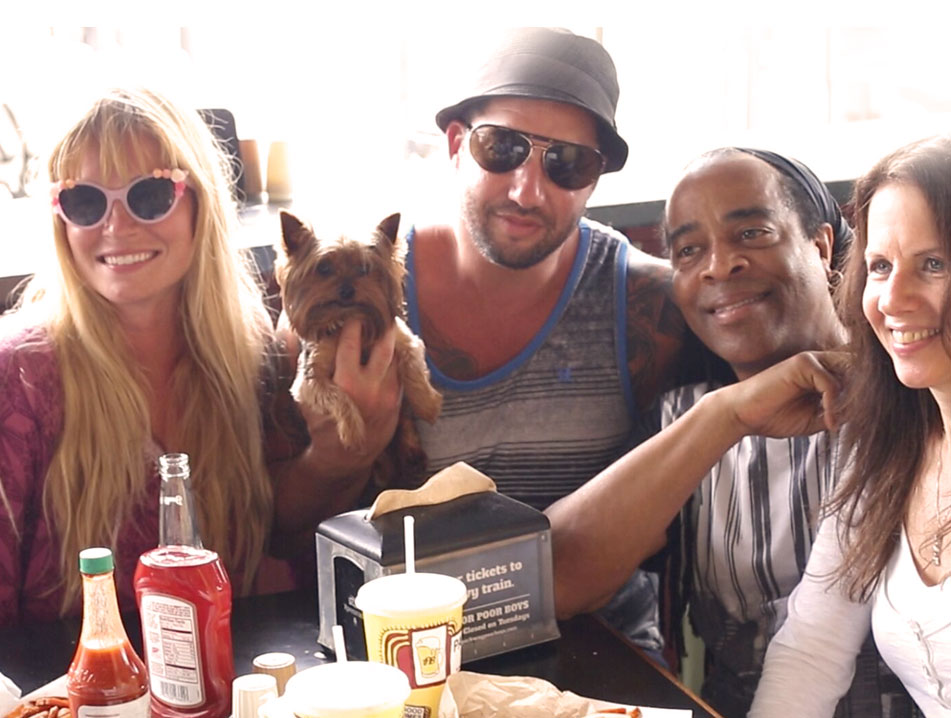 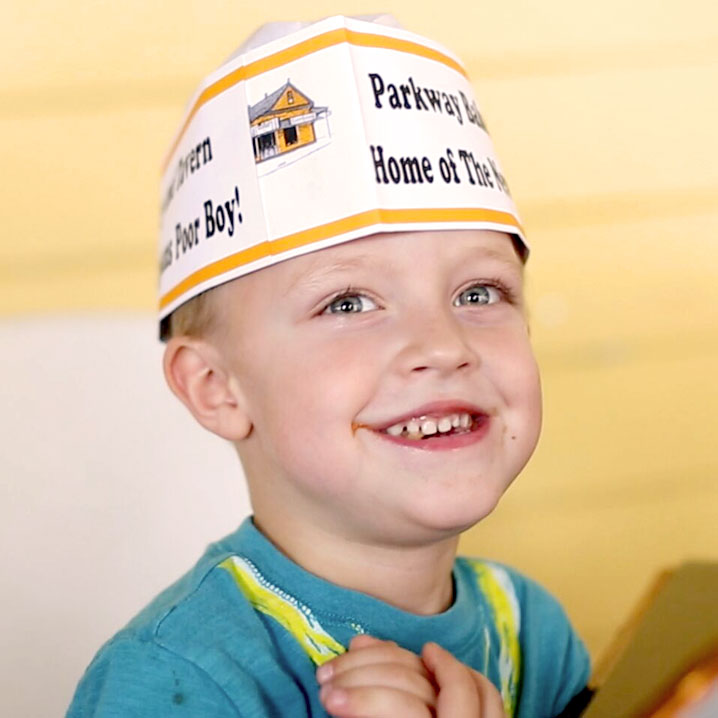 The Parkway of today honors the past while celebrating the lives of everyone who walks through our doors. So, come. Sit a spell. Try one of our poor boys, gumbo, rum-drenched bread pudding, and an ice-cold Barq’s.

We’ve been expecting you.